ADS: 2019 COMPLETE WAEC (MAY / JUNE) TIME TABLE(CLICK HERE)
ADS: CHECKOUT OUR EXAM DAILY SUBSCRIPTION PACKAGE
» Entertainment » News » A Texas man vowed to forgive whoever killed most of his family... then he learned it was his son

A Texas man vowed to forgive whoever killed most of his family... then he learned it was his son 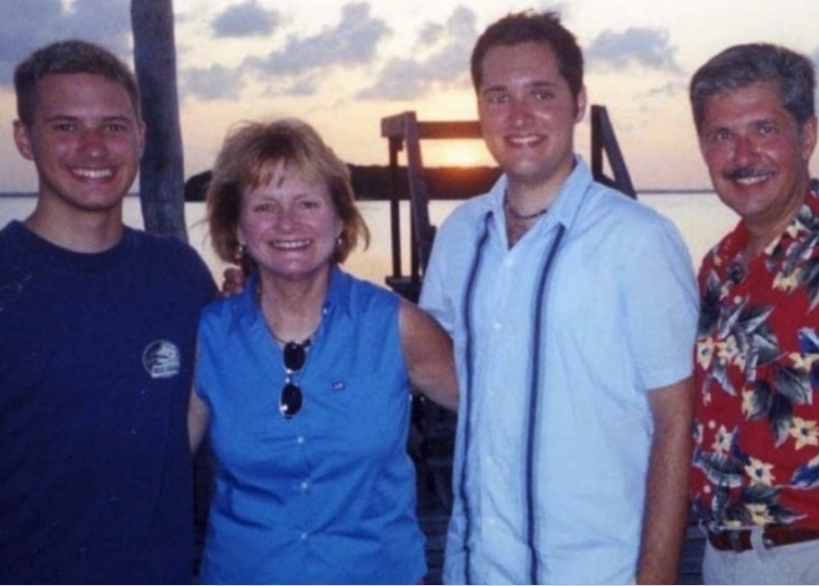 A Texas father who had his wife and son killed in 2003 by one of his sons is begging the state of Texas to commute his son's sentencing from the death penalty to life in prison.

Thomas “Bart” Whitaker is due to be executed on Feb. 22 for killing his brother and his mother. Bart also shot himself and his father Kent Whitaker. As Kent Whitaker lay on his hospital bed with a 9mm bullet hole six inches from his heart, all he could feel for the unknown person who shot his family was deep hatred. But he later vowed to forgive whoever killed most of his family. However, he was not prepared to find out it was his surviving son who planned the murders.

Below is the story as reported by The Washington Post.

It was December 2003, and the pillars of the Houston-area man’s life had just been ripped down. A husband of 28 years, now he was a widower. A father of two college-age boys, one was dead while the other was recovering from a gunshot wound. A man of faith, he was burning at God for letting tragedy strike.

His anger tightened specifically around the unknown shooter who had ambushed the four as they came home from a family dinner.

“All I could feel for this person was an incredibly deep and powerful hatred,” Whitaker told The Washington Post. “Just thinking about how I could inflict pain on him.” 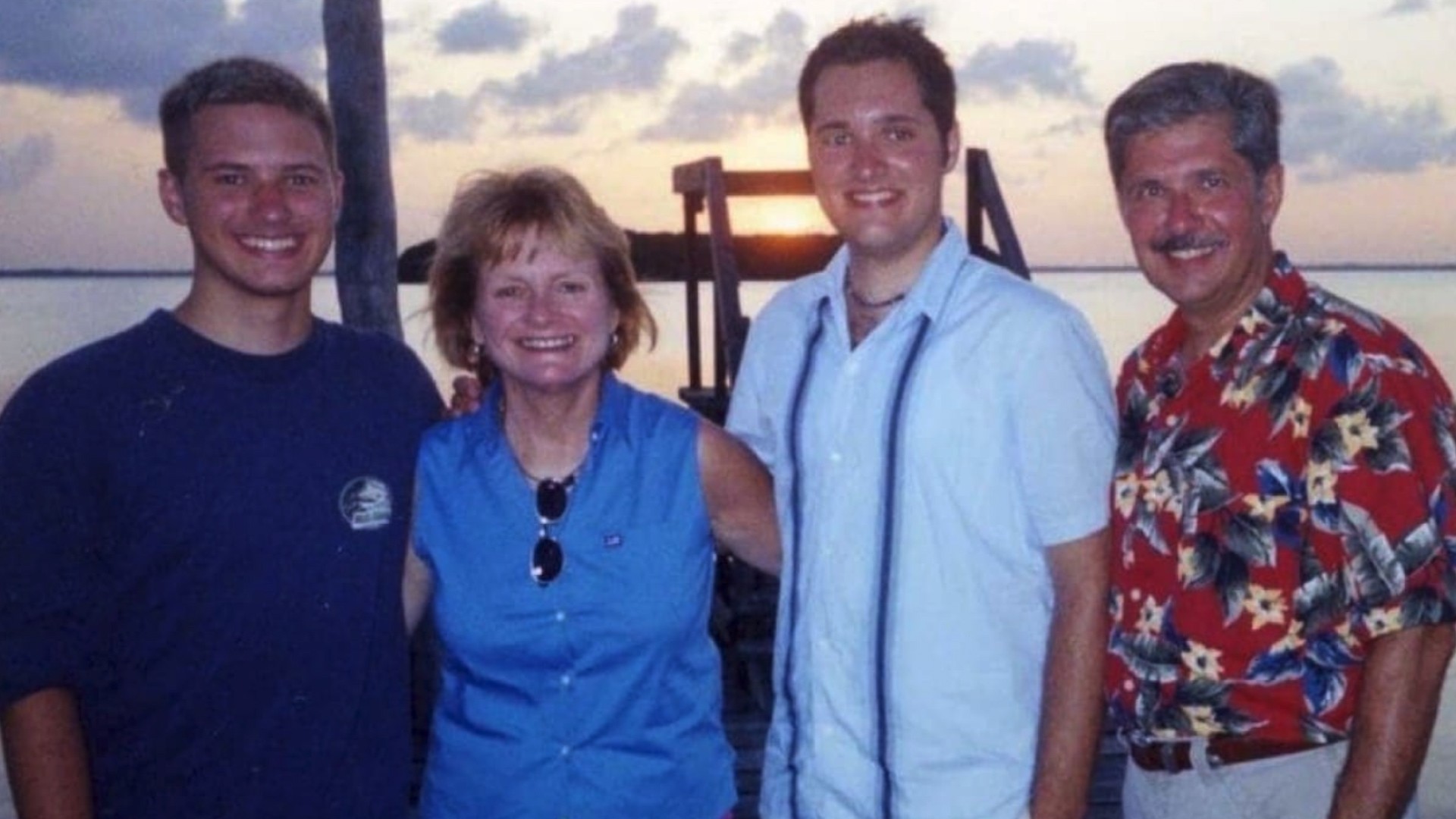 But Bible verses also pushed into Whitaker’s thoughts. “And we know that in all things God works for the good of those who love him,” he recalled. “Vengeance is mine; I will repay, saith the Lord.” Revenge was a dark path he did not want to step down, so Whitaker resolved to forgive the shooter. In the hospital bed, it seemed impossible. But he would do it. No matter who was responsible.

“As soon as that happened, there was a warm glow that flowed over me,” Whitaker said. “It took the fire out of me.”

What Whitaker didn’t realize then was that the man he would have to forgive was his surviving son, Thomas “Bart” Whitaker.

In spring 2007, Bart was convicted of orchestrating — along with two accomplices — the murders of his mother, Tricia, 51, and younger brother, Kevin, 19. During the attack, Bart was purposely shot in the arm as a way of diverting suspicion. Jurors sentenced him to death. Throughout the appeals, however, Whitaker has stayed by his son’s side — and remains there today, as the state prepares for Bart’s execution, which is scheduled for Feb. 22.

With time running short, the Whitakers have asked the Texas Board of Pardons and Paroles to recommend that Gov. Greg Abbott (R) commute the sentence to life in prison. Whitaker’s forgiveness is the bedrock of the petition, as he said he believes the board’s role is to provide a check on the justice system when it fails. Whitaker said his son’s sentence was flawed because no one — neither he nor Tricia’s family — pushed for his execution.

“I feel the whole decision to pursue the death penalty was an overstep,” Whitaker said. “This isn’t just a case of a dad who is ignoring the truth about his son. Believe me, I’m aware of what his choices have cost me.”

The district attorney of Fort Bend County, John F. Healey, Jr., and the first assistant district attorney who prosecuted the case, Fred Felcman, believe the punishment is appropriate for the grisly murder-for-hire.

“I haven’t met any person aside from Mr. Whitaker” who says justice hasn’t been served, Felcman said.

The Whitakers’ appeal is framed by a dramatic debate working through courtrooms across the country — the same issue spotlighted at the recent sentencing hearing for Larry Nassar. When more than 160 abuse survivors marched into a Michigan courtroom to testify about the fallout from the USA Gymnastics doctor’s abuse, it amplified the power of victims’ participation in the legal system. Kent Whitaker’s appeal enters that same realm: Can justice be served in his son’s case if the victims are not part of the process?

Though investigators initially believed the Dec. 10, 2003, shooting was the work of a burglar interrupted in the middle of a break-in, clues began pointing elsewhere. Drawers were pulled out in the house — consistent with a break-in — but they weren’t ransacked, the contents still neatly organized inside. The only item missing from the house was Bart’s cellphone.

Also suspicious: On the night of the murders, Bart had invited the family out to dinner because he said he wanted to celebrate his upcoming college graduation. But police learned Bart was not about to graduate college. He wasn’t even enrolled in school — something he had kept hidden from his parents.

For seven months after the shooting, Bart lived at home with his father. Police told Whitaker his son was a suspect and warned he still could be in danger.

“He continued to deny it, and the police continued to say he was their suspect,” Kent Whitaker said. “I didn’t know who was telling the truth. I told the police, ‘If I see something, I’m going to tell you. But I’m not going to abandon my son. I’m going to stand with him through all of this even if he’s responsible.’ ”

Police found their strongest lead when a former roommate of Bart’s came forward and said the two had plotted earlier to kill the Whitakers. Investigators recorded a phone conversation between the two. Though Bart said nothing specific about the killings, authorities said he agreed to pay the roommate $20,000. But he then disappeared, running to Mexico in July 2004.

While Bart was on the lam, police learned that two friends — Christopher Brashear and Steven Champagne — had plotted the crime with Bart. Champagne admitted to being the getaway driver and told police Brashear had pulled the trigger.

In September 2005, Bart was arrested and taken back to Texas. Kent Whitaker went to see his son in custody.

“The very first thing he told me as we were facing each other through the glass was, ‘Dad, I don’t know why this happened, but I’m going to do everything I can to make it quick and as painless for everyone as possible,’ ” Kent Whitaker said.

Whitaker believed this was an indication Bart was willing to plead guilty. But prosecutors declined to rule out the death penalty as a potential punishment even after Kent Whitaker and other members of the family, including his deceased wife’s relatives, urged them not to.

Healey said Whitaker never physically got on his knees, and Felcman said that it was one side of the family that asked prosecutors not pursue a capital case. Prosecutors, he said, must also seek justice for those who can’t weigh in on the outcome, not just the survivors.

“We don’t represent just them, we represent all of Fort Bend County, all the people involved, including Patricia and Kevin, who are dead,” Felcman said. “We represent them too.”

The state proceeded with a capital case at trial, painting the defendant as a remorseless sociopath who had manipulated his accomplices and set up the slayings believing he would receive a $1 million inheritance.

“He has to convince people who have nothing to gain to kill people because he didn’t have anything better to do. We think it was for money,” Felcman said. “He killed people because it was a game.”

Prosecutors said they allowed the jury to hear the entirety of Whitaker’s story, including multiple instances of the father telling the jury that he forgives his son. Jurors still decided to convict Bart Whitaker of murder and to condemn him to death.

Kent Whitaker was left sifting through his relationship with his son for warning signs, clues, indicators — anything that could explain what happened.

Before the murders, Bart and his father enjoyed long-distance bicycling. They would go on 100-mile long-hauls, just the two of them. “You have a lot of opportunity to talk, and we did,” he told The Post. “We had a good relationship. Also, Tricia and I both were active parents. We didn’t ignore things.”

Bart Whitaker also has struggled to put his actions into context. “The fifteen-second sound bite answer is, I wanted revenge for being alive, and I blamed them for that,” he told “20/20” in 2009. “I blamed them for who I was instead of blaming me.”

He continued: “In order for me to be that person that my parents would love or that they did claim to love, I had to be better than I was . . . There was an idealized version of me and then there was me . . . So every time I failed at reaching that goal of mine, I felt like a failure.”

Bart Whitaker said the plot with his two friends was “sort of like a game of chicken between me and the other guys.” Bart was waiting to see who would back out before the final act. No one did.

“I think he believed that who we were loving was a person who didn’t exist,” Bart’s father told 20/20. “He was hiding behind the mask so we wouldn’t find out.”

On death row, Bart Whitaker, now 38, has been a model prisoner, his petition argues. He has earned a bachelor’s degree in English literature by mail and also is close to finishing a master’s degree from Cal State. All he needs is the school to sign off. “His thesis is in committee,” Kent Whitaker said. “It probably won’t be cleared until after Feb. 22, so it might be posthumous.”

Kent Whitaker continues to wait for word from the board on a decision. Officials in the district attorney’s office said they never received a copy of the petition. And never, they said, did they hear Bart Whitaker express remorse.

Often, when people hear about his story, they ask Whitaker whether fighting to keep his son alive is in some way a betrayal of his wife and other son’s memory.

“I’m honoring their memory,” he said. “I know they would not want Bart’s life taken for this. They would be horrified at what’s happening.”

Title : A Texas man vowed to forgive whoever killed most of his family... then he learned it was his son
Description : A Texas father who had his wife and son killed in 2003 by one of his sons is begging the state of Texas to commute his son's sentencing...
Rating : 5
Related Posts: Entertainment, News

0 Response to "A Texas man vowed to forgive whoever killed most of his family... then he learned it was his son"