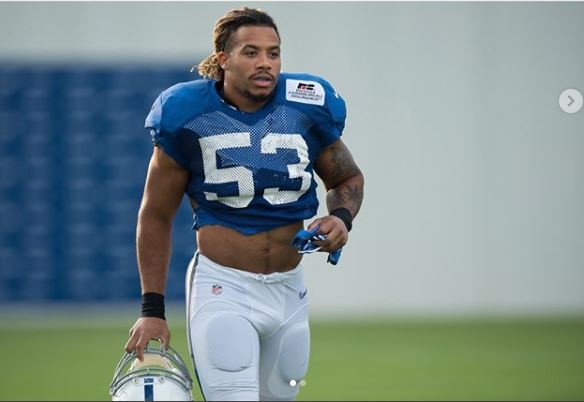 The Indiana State Police confirmed his death to NFL.com, saying he was one of two people killed in the incident.

The authorities said they were hit by a black Ford F-150 while standing outside a vehicle on the shoulder of the I-70 in Indianapolis.

According to the Indiana State Police, the truck struck the rear of the car and hit both people before 4a.m. The driver of the vehicle reportedly fled the scene on foot, but was nabbed shortly after and was identified as Alex Cabrera.

Police say Cabrera was driving without a license, and they believe he was intoxicated at the time.

Police also identified the other man killed in the incident as Jeffrey Monroe, 54. Police believe Monroe “stopped his 2018 Lincoln on the side of the road after Jackson, his passenger, became ill. Both men were outside the vehicle before they were hit.”

Following his demise, the Colts said in a statement: "We were heartbroken to hear the news of Edwin Jackson's passing. Edwin was loved by all in the Colts organization. We admired his outgoing personality, competitive spirit and hard-working mentality. He was well-respected among all with whom he crossed paths, and he will be greatly missed in our locker room and throughout our entire organization. We also understand that another person lost his life in the accident, only adding to our sorrow on this day. We are shocked and saddened by this tragedy, and our thoughts and prayers are with the families of both men during this difficult time." 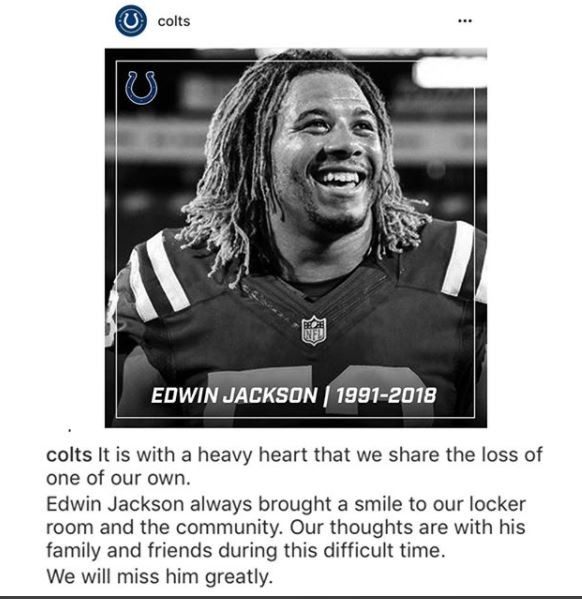 Meanwhile, the Police say the incident remains under investigation.

Edwin Jackson who signed for the Indianapolis Colts into their practice squad in 2015, started in eight games for Indy in 2016. Before his death, he was placed on injured reserve by the Colts last September.

Several NFL stars have all taken to their social media pages to mourn the late NFL player.