The yet to be unveiled Lamborghini Aventador SVJ (Superveloce Jota) has set the lap record for production cars at the Nurburgring Nordschleife, in a lap time of 6m 44.97s.

The new time record set by the upcoming Aventador SVJ at the 20.6 km track is over two seconds quicker than the previous record of 6m 47.3s set by Porsche 911 GT2 RS last year September.

Behind the wheels was same Lamborghini official driver, Marco Mapelli, who set the Huracán Performante’s 6:57 time in 2016.

The standard tyres for the 760hp Lamborghini Aventador SVJ will be Pirelli P Zero Corsas which are much safer in the wet.

The Lamborghini Aventador SVJ will be unveiled next month during the 2018 Monterey Car Week.

In 2015 , Lamborghini Aventador LP 750-4 SV delivered a sub-seven minute lap time, and in 2016 the Huracán Performante set the Nurburgring Nordschleife production car record, with a lap time of 6m 52:01, which it held until September 2017. 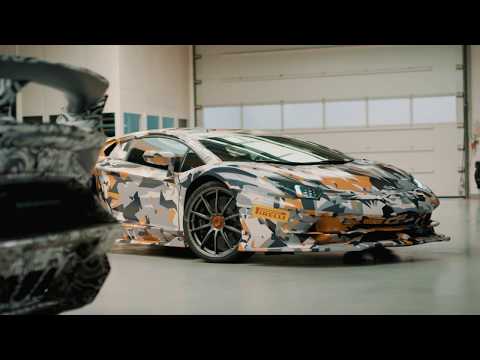